By Liz Partsch For decades, dwellers have scavenged the Ohio River Valley for its plentiful resources. From the 17th to 18th century when Native Americans used it as a means for fur trading and agriculture purposes to 19th century when it was used as a means for pioneers to travel westward — the Ohio River Valley has always been important for trade, agriculture and transportation. Eventually … END_OF_DOCUMENT_TOKEN_TO_BE_REPLACED 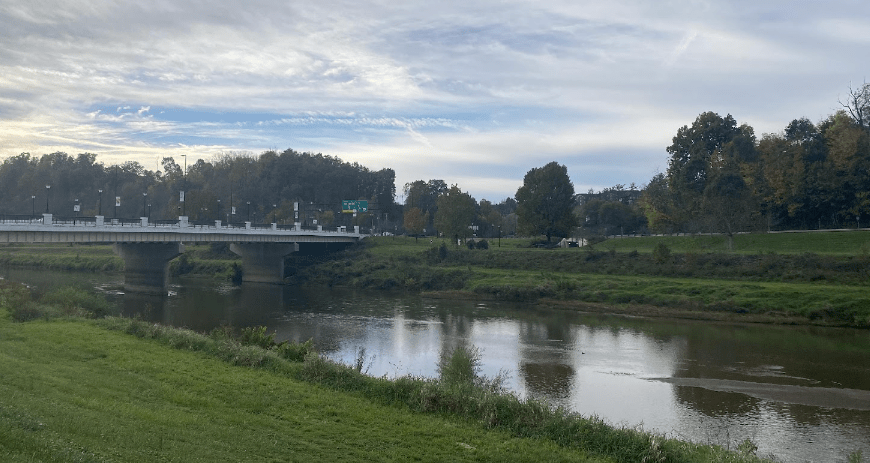 By Ellie Shanklin In 1968, 13-year-old Tebes Caul and his older brother were told by their father, “By no means do you go anywhere close to the floodwaters.” Disobeying this command, the two brothers playfully trudged through four-foot-deep water near their home in Athens, Ohio. They brought along their water-loving German shepard for a swim in the floodwaters of Richland Avenue.  “It was a bad … END_OF_DOCUMENT_TOKEN_TO_BE_REPLACED 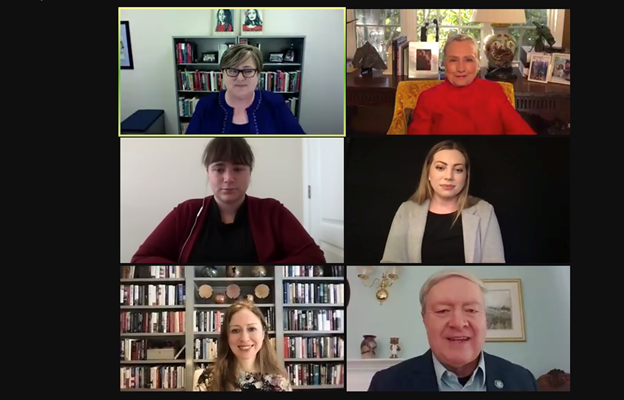 Hear from former Secretary of State Hillary Clinton, Chelsea Clinton, and Cindy Anderson of Ohio University how representative storytelling can help make a brighter future for everyone. END_OF_DOCUMENT_TOKEN_TO_BE_REPLACED 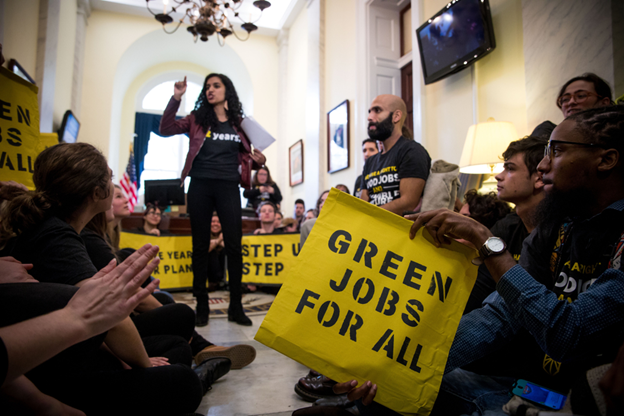 The third week of the Athena Cinema’s Sustainability Series was an evening of shorts, featuring multiple films. One of these short films was “Generation Green New Deal,” a documentary about the hopeful young environmental activists pushing for legislation that will combat climate change before it is too late. END_OF_DOCUMENT_TOKEN_TO_BE_REPLACED

By Maddie Hellwig The second film in the Athena Cinema’s Fall Sustainability Series was “Mossville,” a haunting documentary about the fenceline community of Mossville, Louisiana. It follows two Mossville residents, Stacey Ryan and Erica Jackson, who struggle to fight for their community against big oil companies like Sasol. Mossville first served as a safe haven for freed slaves to escape racial violence after the end … END_OF_DOCUMENT_TOKEN_TO_BE_REPLACED

By Jayne Yerrick For 7 minutes and 46 seconds, a police officer knelt on George Floyd’s neck. This short amount of time left an innocent man dead and sparked a national outcry for justice. George Floyd, like so many people of color before him, was killed while being arrested. His death is just one upsetting example of a much broader issue: institutional racism.  Due to … END_OF_DOCUMENT_TOKEN_TO_BE_REPLACED

By Maddie Hellwig The Athena Cinema’s Fall Sustainability series kicked off on Sept. 9 with “The Condor and the Eagle,” directed by Clement and Sophie Guerra. It follows different Native American environmental activists on their journeys of connecting with other tribes and world leaders, all in an effort to preserve the environment and their homes from damaging oil companies. The film’s title is rooted in … END_OF_DOCUMENT_TOKEN_TO_BE_REPLACED

By Katelyn Rousch Eight years ago, Patricia McSteen, Ph.D., was attending a meeting that was, unfortunately, just like any other. A muted rainbow of suit jackets and blazers were pressed together, everyone’s shoulders sagging in the humid space. But it wasn’t the heat that bothered McSteen.  “When I would go to meetings with large groups of colleagues across campus it was a very common occurrence … END_OF_DOCUMENT_TOKEN_TO_BE_REPLACED

By Sianna Mills Throughout the ages, social media has not only taken up people’s time but has also formed into a variety of different societies in one. Society is described as a complex system with all parts working interdependently as well as working together while promoting stability at the same time. This is also how our social media platforms work. “Society [is a] continuous patterned … END_OF_DOCUMENT_TOKEN_TO_BE_REPLACED

“One of the things about ordinary people is that they do lead extraordinary lives,” said Pierce Reed, policy coordinator of the Ohio Innocence Project.  Reed was specifically referencing the extraordinary lives of Eugene Johnson, Derrick Wheatt and Laurese Glover. These men, known as the East Cleveland Three, were wrongfully imprisoned in 1995 for two decades, only to be released in 2015. The three men recounted … END_OF_DOCUMENT_TOKEN_TO_BE_REPLACED